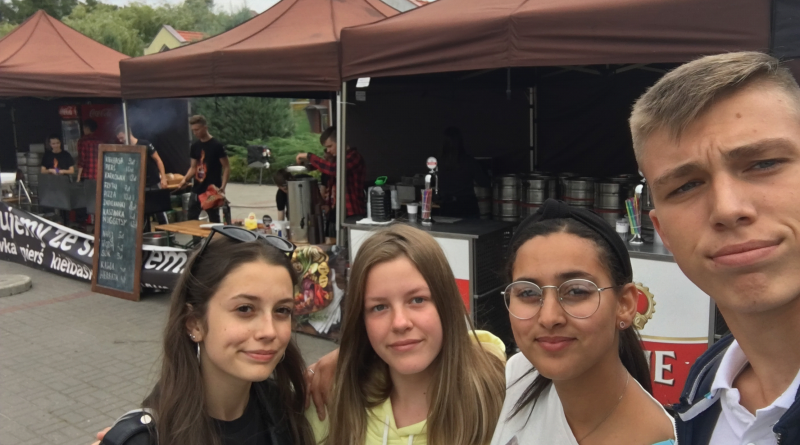 Dispel the myth of a journalist II.

The last evening there was Czersk’s birthday. We have been to this festival, because we wanted to take some photos for our project.

At 4 p.m. there was dictation competition. The first prize was a pen from Czersk’s mayor. The contest ended at 5 p.m.

At 5 p.m. there was a festival of traditional Polish dishes. It was an opportunity to taste traditional meals and met Mariusz Szwed and Joanna Studnicka.

There were some games and reward stands. At the festival there were some treats too, like: popcorn, cotton candy, fried potato chips, coffee, draft beer, waffels and ice cream.

At 7 p.m. there was a performance by band called “The Postman”. At 7.45 there was a break for the announcement of results of the competition. Then the band continued the concert from 8 to 9 p.m. At 9 p.m. there was a concert by Polish singer- Kamil Bednarek.

In our opinion this festival was awesome, but for us it was too short. In that we could taste some Polish food and also we could listen to Polish music.