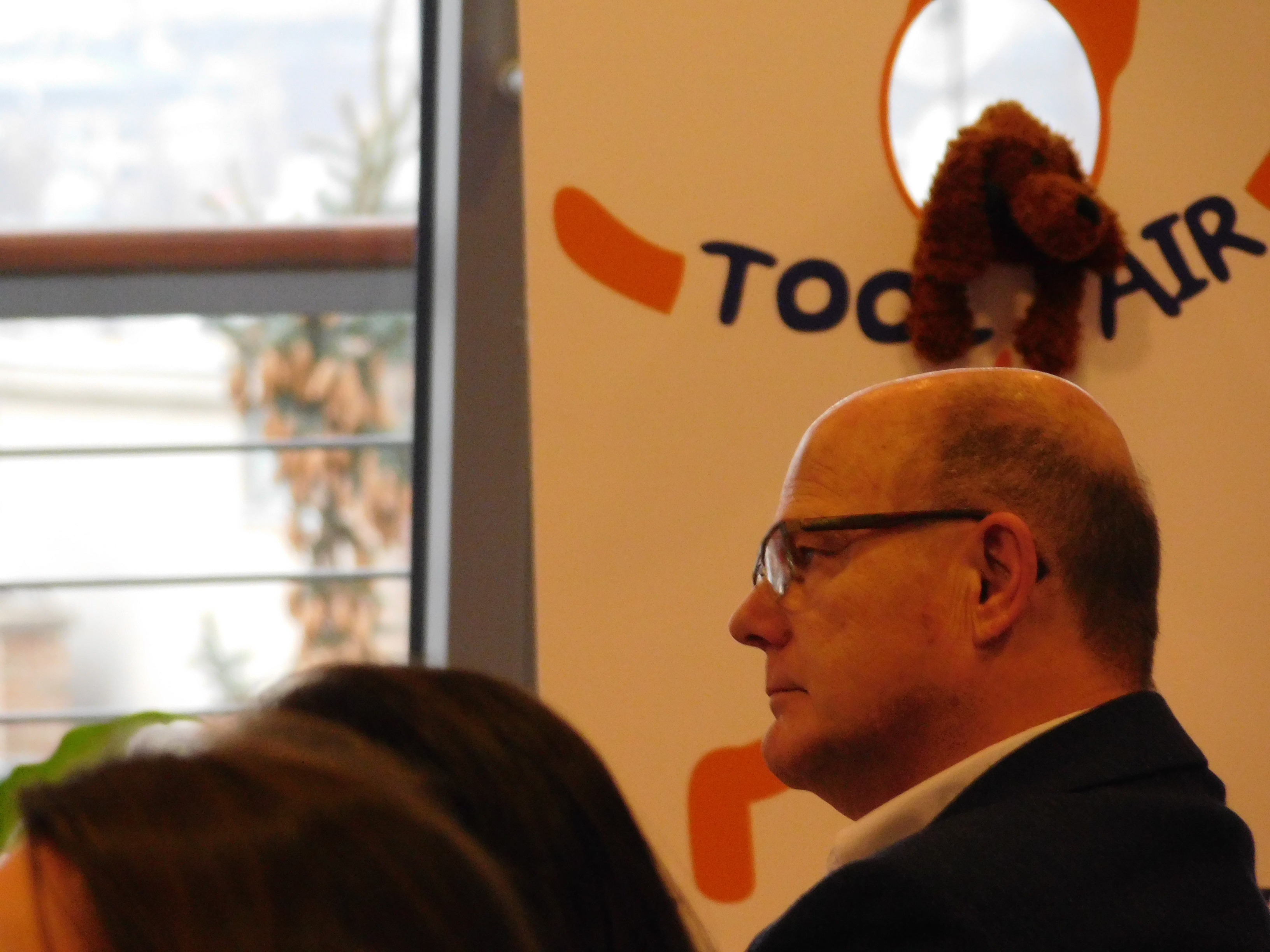 How did the idea of Tool Fair came to you?

Bernard Abrignani: It was in 2005 – I wanted to promote the non-formal education field, because I knew about the number of tools which were creative and we were discussing about the future of the youth workers at that time. I thought that the best way to show what the non-formal education field is able to do is to have a shop-window where people could share, show, reflect, experiment – that’s how the idea came and I decided to organize Tool Fair. The first one was in 2006 under the Youth Programme.

Is organizing the event and reaching out to new people becoming easier or harder?

Bernard Abrignani: I’m not able to say if it’s harder or easier, it’s different each time. First of all we, as organizers of Tool Fair, have to do something new each year. Otherwise it’s very difficult to ask people to be innovative. This was the idea behind the event and that’s why we have something new each year. We have to propose something attractive because some people have already been two or three times to the Tool Fair. Each time it’s completely different and it has to be different, only the concept stays the same. The coordinator is not always the same but we have a core crew – as we know it from the presentation of Andrea. I take care about the concept, its spirit is constant, but what is proposed by each country, each place, each new idea is always different. Sometimes it’s challenging because in France we say „too much is the enemy of good” – and the balance has to be always the same, so not too much from the concept or any new idea, otherwise we would be lost in many other things, but I think that we have the balance here.

From how many countries are here NGOs?

Bernard Abrignani: As far as I remember, from 37 countries and altogether we have 125 participants which is enough because each participant represents one NGO or institution, except for Hungary because they are working here. We are already reflecting about next year. The next Tool Fair will be organized in Malta, the question is how much should we add to it, if we have to maintain or not, also the number of days – sometimes it lasts 4 days but sometimes only 3. Also we have to think about the places the Maltese are able to offer because it’s also a part of the game: for example when we had it in Holland, it was in a castle so we had to build up everything related to the castle. Each place is offering something new and unique and we should use it, otherwise we should go somewhere else. And the main challenge for me that each year the Tool Fair is in a different country. This is what I prefer, because it means that the concept is able to adapt anywhere – it is a very good point: transferability and adoptability are the two keywords.

Did you have any expectations about this Tool Fair in particular? Did they come true?

Bernard Abrignani: The quality – in the first year I didn’t care much about the quality but the quality ha developed. Here we prepared to have the quality, like some people are not happy because they were not selected as participants, but for sure the next step is to increase the number of people from the formal education field and the private sector – this was my idea from the beginning, but it was too early. Now it’s part of the policies, the Erasmus+ Programme, so for example now we have some colleagues from the formal education field here taking a part. And the reason I want to cooperate in the future isn’t for the international Tool Fair. What is on the way are the national Tool Fairs which will continue to increase more and more. We’ll have to represent in 20 languages which should be in the Educational Tool Portal. So now we have our material in 4 languages, next year it should be 7. It was also planned from the beginning to use the national level to offer more possibilities to people from local areas and also as a method to pre-select people to participate on the international Tool Fair – it’s kind of a pyramid-effect. But if you want to increase quality, you need to connect differently and to see people before. I don’t want it to become elitist but we have to show the best. It’s very important according to what is happening today, that each time we have a big problem, the youth-workers have to face it. Today society is divided into two big parts: the poor and the rich. The gap is getting bigger and bigger and youth-workers are not able to do everything especially in the financial conditions they are facing. So tools are important, just like reflection and quality, and to let the youth-workers know that they are not alone.

Which line is the next to cross?