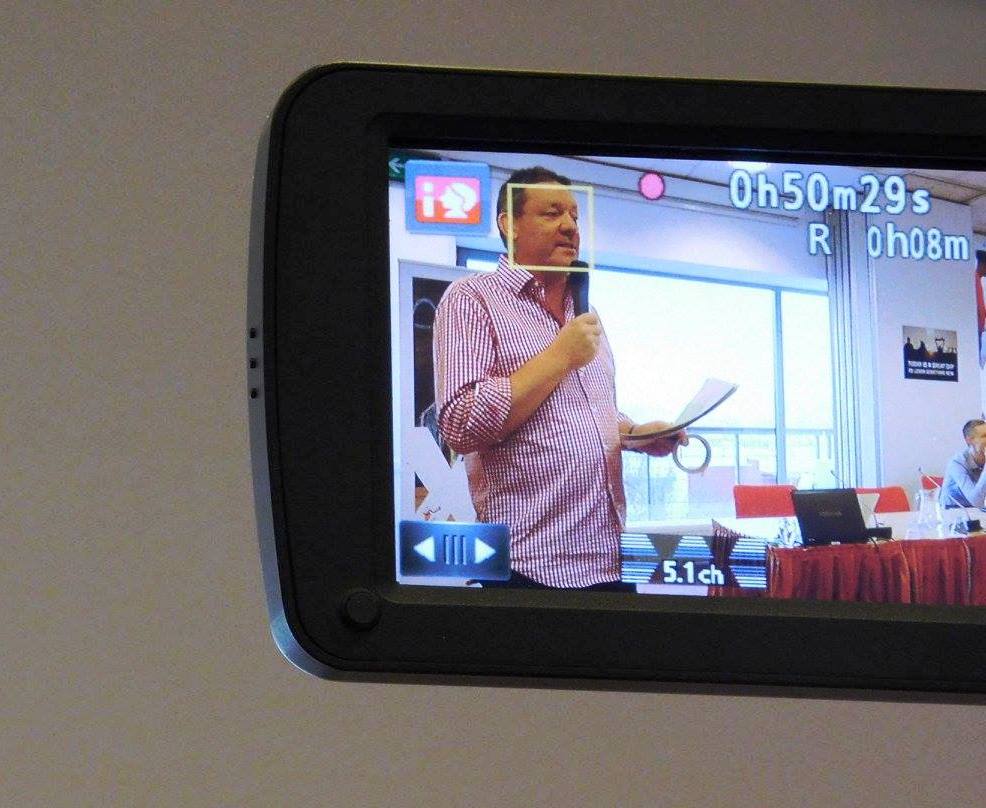 So, you are the main coordinator of the training course for the creative facilitators. How was the training process and what were the lines that you had to cross and how did you see this whole training?

Jonathan Bowyer: Well, we brought together 3 teams. One to do graphic facilitation, one team to look at music facilitation and one team to look at facilitation using photography. Our aim was to create an experiential learning process. There were 3 phases. The first phase was a training course, where we were gave inputs, and used very participatory methods; the second phase was to prepare for Tool Fair and the third phase was for the participants to engage in the Tool Fair in a particular way. So we were supporting the Tool Fair, but at the same time the participants were having this quite high-pressured and intense learning experience. So the group was devided into threes, each with a person from the different themes and disciplines and they were reflecting together in order to compare their learning and to reinforce their learning. There will be a kind of joint evaluation when we finish tomorrow. Regarding crossing the line, previously we worked just with graphic facilitation but this time,  what was new was the introduction of photography and music. Previously there were one or two official photographers and this time we had a team of five in each situation. Previously we had very little music, this teime we had lots. The challenge was to make sure that those three different teams integrated together and we’ve seen that it worked in the films that had been produced each day, where there has been a person for each of the disciplines working together. So the photographers are recording and producing material that can be used afterwards. The graphic facilitators likewise are recording what’s going on, they’re putting onto paper the visualisation of what is being further done in the workshops and so on.. And the music is providing, the theme tune or sound track to the Tool Fair. For example, when we here the song ’Baby come back’ that means the end of the break and you have to come back. So putting things together it has been quite a challange. It’s a high-pressured programme, with very little free time for the training course and the Tool Fair, very little time to stop and rest. Teams have been working late into the evening and they have put a massive amount of energy into it. Each of the teams had people with some experience of that particular discipline and some with very. So they all crossed the line in a way, to become more expert or to teach others. Some people joined the programme with no experience, whether it was DJ-ing or using and creating playlists or using a DSLR camera or whether it was actually doing graphic visualization using the appropriate tools. Some lines are being individually crossed, I think. So far it has been a great success. The quality of what’s being produced, to my mind, is excellent.

So, your expectations met the result, right?

Jonathan Bowyer: Absolutely, more than that, I would say. This is the first time we have worked with all three disciplines and the potential that I see for the future is great. There’s a lot of learning for the facilitators and the trainers and the participants. So yes, it exceeded our expectations and we can see that there’s more to be done in the future.

So, maybe, now a must-have point of any Tool Fair from now on?

Jonathan Bowyer: It takes a big team to run the Tool Fair, and there’s a real richness in the variety of different methodologies that are presented and used to make the Tool Fair work. So I would hope that we will continue it. Like everything else it sometimes depends on budget and time available.

And was it a line for you to cross or you have been doing this for years now?

Jonathan Bowyer: I have not been doing it for years, in terms of creative facilitation. My role was primarily about coordinating things. So we had a great team, Jan, Buzz and Vanda, they are real experts. For me it has been a great team to work with and I learnt a huge amount. I could have actually gone to all three of the paralel teams for the whole time. The trainers were great, the groups were great and the potential learning was huge.